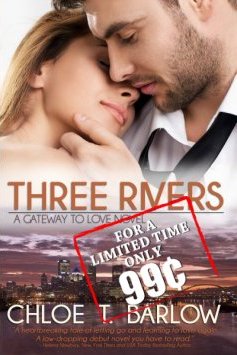 The excitement and buzz for City of Champions (book two in the Gateway to Love series) is getting louder as we get closer to the November 10th release date! I hope you’re ready to lose sleep as you dive in and be consumed with Jenna and Wyatt’s story.

In celebration of the release of City of Champions, Three Rivers (book one) is on sale for a limited time for just 99¢!

For that price, you can purchase it for all your friends, coworkers, family and get them hooked on this steamy series set against the Pittsburgh skyline. They will thank you for it! 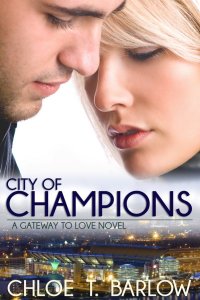 How do you find the will to try, when you’ve spent all your life playing on a field strewn with shattered lives and broken rules?

Suddenly the levelheaded doctor finds herself facing down her greatest fear, and she’s tempted to gamble all she’s fought so hard to build. The two embark on an intense holiday love affair that quickly teeters on obsession, and tempts them both to think they could go all-in on a real future together. Yet Wyatt’s desperation to stay on the field — andout of the operating room — lures him to take dangerous risks with Jenna’s trust.