Join the Teaser countdown to City of Champions release

City of Champions release day is fast approaching – just 15 days to be exact. To ease (or increase) the tension, my street team, Chloe’s Crew – or “Crewbies” over on Facebook have been busy creating teasers! So to catch you all up, I thought I would give you a fast and hot dose of the love going on right now and until November 10th.

Be prepared to fan yourself and get excited (in more ways than one!) for the release of City of Champions! 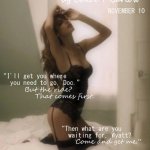 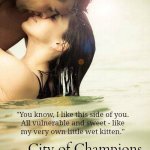 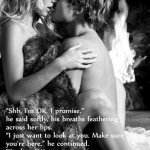 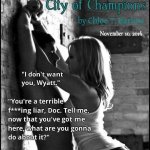 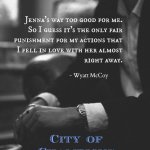 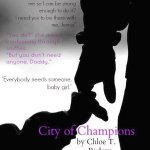 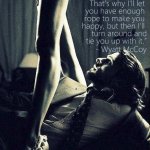 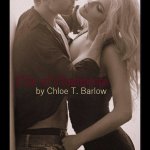 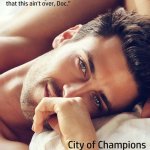 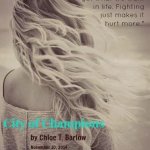 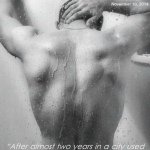 Join us on Facebook to see the others the moment they are posted!

And don’t forget, just a day left in the Three Rivers (book one) sale for just 99¢! Perfect for that last minute gift for your friends and family to get them hooked on this steamy series set against the Pittsburgh skyline.

How do you find the will to try, when you’ve spent all your life playing on a field strewn with shattered lives and broken rules?